Enjoy this supplement to my last post (hereafter known as the most popular post ever). Rehab is definitely the new black. So stay there, Brit!

An Open Letter to Britney Spears

You don’t know me. We’ve never actually met (but I did almost meet you on three occasions: Trisha and I saw you from afar when you did a press conference at the Chocolate Museum in Cologne, Germany; Vanda and I ditched a meeting – which we later got in trouble for – to come to your movie premiere of “Crossroads” at the Mann, where I shouted your name from across the street – and you ignored me; last year Lisa and I went to a club in Atlanta because we heard K Fed was performing, and you were there, hanging out with Usher). For almost ten years I have kept up with your work, your relationships, your ups and your downs. And Britney, I have to say – right now – this is a definite down. So, please. Sit down. We gotta talk. Do you wanna a Red Bull and Cheetos? Sure, go ahead. Enjoy. But, just listen.

What happened? Once, a long time ago, you were the Madonna of my life. I posted your very first Rolling Stone cover on my wall. “…Baby One More Time” was on complete replay in my head. You were America’s number one pop princess. I danced to “I’m A Slave 4 U” over and over again. When I heard you were the new Pepsi girl, I actually sat and watched the entire Superbowl just to see your ad. And Britney v. Christina? Puhlease. Christina had nothing on you. “Everytime” remains to be my favorite song and favorite video ever. Even after you and Justin broke up, I still loved you. While in London, I bought the same earrings you wore in the “Toxic” video for Samar. Rauz and I bought food at SBarro’s because it came with a free Britney single. I stalked my friends who had HBO just so I could watch your “Dream Within A Dream Tour” on tv. I bought your perfume “Curious,” although it made me smell like a sixteen year-old cheerleader. I almost cried when Leonard told me he was going to be a back-up dancer for the “My Prerogative” video and that I couldn’t come with him. Your forty-eight hour wedding in Vegas? I thought it was amusing. Vivian and I saw Jason Alexander at a club in Hollywood and went up to him just so we could say he would never have anyone better than you.

And then came K Fed. I knew it wouldn’t last. No matter what anyone said though, I still supported you. I made Negin drive back early while in Santa Barbara so we could watch the premiere episode of “Chaotic.” It was bad. But, I didn’t care. I thought you were trying to show the world you were a regular person – another girl from middle-class America – no makeup, no manners, no style. With the divorce I thought that you and Justin could finally get back together. Yalda and I prayed for this day. However, alas, I fear that is never going to happen now. For the first time, Brit, I am worried. You shaved your head. You don’t wear underwear. You look sad. I knew that you always did drugs (who in Hollywood doesn’t?) but this is out of control. I know that the paparazzi are vicious, but try to be strong. Please stay in rehab. Please get better. I love Christina’s music, but she’ll never be America’s pop princess like you were. Focus on your music, reinvent yourself, don’t date anyone for a while, and start paying attention to stylists.

Britney, I want you to be happy. I want you to sing more songs. I want to see you perform again on MTV. I want you to have your hot body again. There is life after teen pop. Ask Christina, ask Justin, even ask Jessica Simpson. Take a cue from Madonna. You always have.

P.S. Yes, you can have another Red Bull.

One line of last week’s episode of The Hills made me soooo green with envy that I wanted to stab the television. And from the looks of it, Lauren also wanted to gauge out Emily’s eyes.

“I’m taking 18 credits at NYU two days a week, I intern two days a week at Teen Vogue… and I also work one day at Chanel.” - Emily Weiss aka “super-intern”

Who gets to work at Chanel while they are in undergrad?! If I wasn’t so annoyed by her, I would want to be her. Although, I will always support Team LC for life.

IN OTHER NEWS: what is happening with B?! She is starting to scare me.
Posted by Tala at 11:10 AM 3 comments:

Email ThisBlogThis!Share to TwitterShare to FacebookShare to Pinterest
Labels: b spears, chanel, the hills

A little valentine’s day love for all my blog readers:

Has the Internet just been discovered by the mass media? Gossip blogs, online photos, stalkarazzi, Myspace, Facebook, and so many other sites I haven’t even had time to Google yet – all have the power of turning the unknown into famous, and turning the famous into celebrities and superstars. Well, narcissim is infectious. Read these great articles for more insight into our online world: Mirror, Mirror on the Web; Girls Gone Wild; and Kids, the Internet, and the End of Privacy.
Posted by Tala at 10:27 AM No comments:

Email ThisBlogThis!Share to TwitterShare to FacebookShare to Pinterest
Labels: i have an actual life besides blogging? 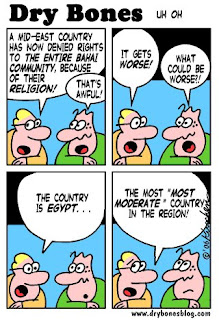