Happy Thanksgiving to you, assorted girls, boys, kids, adults, lovers, haters, bffs, stalkers, secret crushes, not so secret crushes, and everyone else that reads all these musings!

“Gratitude is not only the greatest of virtues, but the parent of all others.” - Marcus Tullius Cicero
Posted by Tala at 12:10 PM No comments:

Email ThisBlogThis!Share to TwitterShare to FacebookShare to Pinterest
Labels: family affair, putting the fun back into dysfunctional

While Britney’s Circus doesn’t drop until December 2nd, which happens to also be Brit Brit’s birthday, all of the songs from the album have been leaked* onto the internet and can be found through me! If you want to indulge your inner bubble gum dance pop, let me know and I will burn you a copy.

Btw, yes, it is actually very great. That girl sure knows how to make a comeback.


*Other albums which have leaked and which I have copies of include, but are not limited to, Kanye West’s 808s & Heartbreak and The Killer’s Day & Age.
Posted by Tala at 12:29 PM No comments:

According to a production assistant, Karl Lagerfeld had specific demands at his set for Chanel’s latest ad campaign:
“He requested seven loaves of Pennsylvania Wheat Bread and a tub of I Can’t Believe It’s Not Butter to be brought directly from New York to the set. My only job was bringing him the bread and the fake butter. Karl paid me $500 to do it, plus he paid off my $200 speeding ticket.”

The only payment I would request would be in form of a Chanel purse!
Posted by Tala at 5:11 PM No comments: 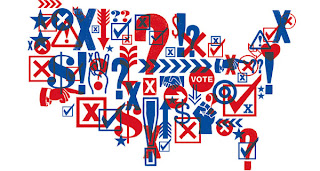 TODAY! Finally. I can not wait for all this to be over. It would be too soon if I ever heard the following words ever again: Joe the Plumber, maverick, hockey mom, Joe six-pack, William Ayers, or drill, baby, drill.
Four years ago, as I was flying back to Los Angeles from New York City, I watched the coverage of the Democratic National Convention on the plane. Even though I am not really into politics or politicians, I sat, riveted, as a young senator from Illinois gave a powerful and moving speech. Landing back in LA, I called up my friends and gave my nostradamus prediction for President in 2016 (assuming it was too early for him in 2008 or 2012). But, now, it seems as if the United States - and the world - is ready for him - and let us hope that he is also ready for us. No major news outlet has called it yet, but I am - congrats to the 44th President of the United States of America, Mr. Barack Hussein Obama II.
Posted by Tala at 5:14 PM 1 comment:

Email ThisBlogThis!Share to TwitterShare to FacebookShare to Pinterest
Labels: breaking news, us of a
Newer Posts Older Posts Home
Subscribe to: Posts (Atom)